From what I can tell, there's been a lot of positive press about Proton Theatre's Dementia. And I can see why - it combines a highly naturalistic set and social realism with moments of balls-to-the-wall madness. There's nudity (breasts and cock), on-stage sex and suicides and loss of bowel control, and a scene in which a MAN CUTS OFF SOMEONE'S TONGUE, PUTS IT IN HIS MOUTH, AND ONLY LETS IT OUT WHEN A NURSE FRENCH KISSES HIM.

Oh, and there are songs. Lotsa songs, diegetically woven in 'cos one of the characters - Mercédesz Sápi (Lili Monori) is a catatonic former opera singer who's only able to break out of her inner world when she's singing along to music, so there's something of an in-house band in the tiny socialist mental hospital: keyboard, percussion, guitar and background vocals...

And film! There's video cameras everywhere, sometimes in night vision, sometimes carried by the actors, so that you see close-ups projected on screens - Mundruzco's using his film background in this production, it seems.

And the set opens and closes up like a doll's house, how cool is that?

But you know what? The play didn't hook me in quite the way I wanted to. Some of this was probably because of language issues - Hungarian's a really foreign language to Singaporean ears, and the surtitles often gave away punchlines before they were spoken, hampering the off-the-cuff dynamism of the work.

The main reason I felt alienated, however, is because I couldn't find an emotional anchor in the story. Pretty much all of the characters are either mad, critically flawed or downright horrible people - for instance, there's a whole lot of focus on the resident neurologist Dr Agoston Szatmáry (Roland Rába), but he's a pill-popping unscrupulous maniac of a doc who routinely sexually harrasses his nurse and rapes the 82 year-old patient Mercédesz onstage (there's some indication of consent, but she's a mental patient). The closest thing we've got as a hero is the athlete-turned-nurse Dóra (Annamária Lang), but even she's merrily complicit in a lot of the atrocities.

And I know I should embrace the whole idea of the morally ambiguous antihero, etc. But because I wasn't that engaged, I ended up thinking about how exploitative the whole thing is. Several audience members I talked to after the show remarked that it's not an accurate depiction of dementia at all; using an actual disability or disease as a metaphor for how your country is falling apart is kinda trivialising the problems of the folks who actually live with the disease.

Also, ALL THREE FEMALE CHARACTERS END UP NAKED AND SEXUALLY ABUSED AT SOME POINT IN THE SHOW. Ugh.

I know it's supposed to show how awful Hungary's become, but I genuinely didn't feel I learnt very much about that during the course of production. Yes, I get that socialist institutions are being shut down by capitalists and lots of people are getting downtrodden - but the raving lunatics on stage do not illustrate the depths and complexities of this. So the sex and violence honestly felt gratuitous to me. 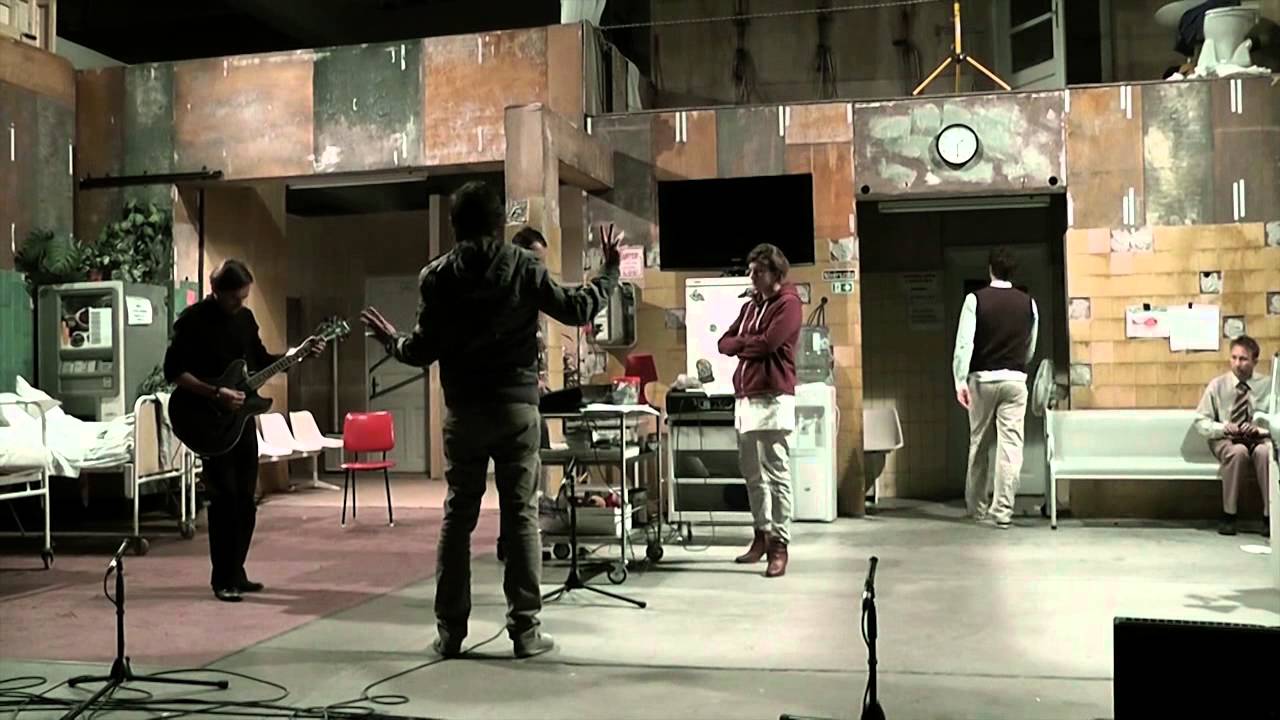 So do I think the show shouldn't have been brought in at all? Hell no! It's clear to me that though I didn't like it, lots of other people did. And I'm not gonna be so dog-in-the-mangerish that I'm gonna deny them the pleasure and insights that they've gleaned.

Also, this has been touring the world since 2013 to rave reviews. It's useful for us on this island to know what everyone else likes. Doesn't mean we have to like it too, but we've gotta learn.

So, yeah. Kornel Mundruzco's Dementia is impressive, and adored by many, but not by me.

SIFA ain't giving me enough money to lie about what I like and don't like. (Hint, hint.)