One of the shows I’m most excited about for SIFA is W!ld Rice’s Hotel, a truly epic production that involves two full-length shows, with eleven different dramatic scenes depicting the goings-on in a hotel every decade from 1915 to 2015.

Many of the names involved are famous faces in the local arts scene – directors Ivan Heng and Glen Goei, for instance, and co-playwright Alfian Sa’at. But there’s one name who’s a little less familiar to most of you: co-playwright Marcia Vanderstraaten, the company’s new Associate Artist.

I’ve known Marcia since we were teenagers, and I’m delighted that she’s getting her day in the sun with this production. She spared me a few minutes from her hectic rewriting schedule for a chat. 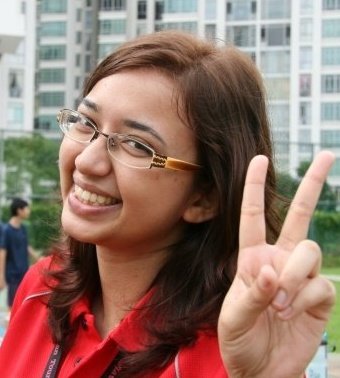 YS: As most of our readers won’t be familiar with you, why don’t you tell us a little about yourself?

Marcia: Okay. I was trained in theatre studies – about a decade ago, I graduated from NUS theatre studies – but I didn’t actually go into theatre until about three years ago, after I finished my Masters’ at Tisch Asia. So this is like my début, although I did a piece last year called Micromanage Overwork Exaggerate. It was a docudrama about my teaching experiences, but it was very indie, very small, not a big crowd-pleaser. I enjoy having both kinds of experiences: having the W!ld Rice kind of audience and having the indie kind of experience.

YS: I was going to call you a young playwright, but I’m hesitating now because I don’t think you are all that much younger than me, and I’m not young anymore.

Marcia: I think it’s very interesting, actually. Because right now the trend seems to be “get them while they’re still in university”, but when I was in university there was nothing. Either you luck out and someone really likes working with you and you get your stuff staged, or you just don’t become a playwright. You got no opportunities in university. But things have changed now.

The whole young/old binary, as you might see it, I find it problematic sometimes. Because I’m young, but that not that young. I’m emerging, but not that emerging. YS: Tell us about Hotel.

Marcia: I can’t tell you much. Because in terms of how the story devloped, you really need to ask Ivan and Glen and Alfian, because they were the ones who started it – they had already been planning it for some time and they invited me to join them in this production.

What I can tell you is that it ahs been a very interesting process in terms of creating and collaborating with so many people. Having two directors and two playwrights and 13 actors, it gives us a lot of material in the rehearsal room.

And I think for something like Hotel, because we are dealing with so many decades of Singapore history and each theme is basically like an entirely new play – you have new backstories, new characters, something new has happened to the hotel, the layout for the room is different becauee of changes in technology, global advances – so it’s really quite a mammoth task to write each new scene completely.

YS: Can you tell us which scenes you’re writing?

It’s more of Alfian’s play than mine because he had the idea before I came on board and he very basically gave me some of its range. I think he was prepared to do the whole thing himself, but I am glad he let me write some part of it.

That dynamic has been very interesting to see as a playwright. I’ve never done anything like it before. And I’m a control freak, so I kind of don’t like sharing, but because each scene I kind of like an entirely new play unto its own, it’s kind of easier than something with a central narrative and central characters.

Marcia: This is something I just heard today: they were discussing costumes and there are going to be props that are kind of… well they resemble certain parts of the male anatomy, and there were interesting discussions during the design about what colour they should be, whether they should be symmetrical…

And they will come out in Part Two, so that will be something to look out for, I suppose.

YS: What about your schedule now? It’s just rewriting and going to rehearsals?

Marcia: No, actually. The rewrites – some of them are quite massive. So it requires overhauling the structure and rearranging certain things. So it’s not “go to rehearsal and rewrite” but “rewrite rewrite rewrite, talk to people and drag yourself to rehearsals and then rewrite”. It’s intensive with the rewrites.
When we started rehearsals, it was the first draft of everything. So for both me and Alfian it was the first time the actors and directors were looking at it, and there were a lot of questions, not just about the scenes but also about how they related to each other.

Part of the challenge in writing the script is having each scene work by itself as a story, and having the whole thing work together as a story. Because there are some characters who appear in Part One and reappear in Part Two. And some of those are corresponding scenes that are not written by the same playwright! So we have to make sure what he writes in his scene tallies with what I write in my scene.

YS: Do you have anything else you’d like to tell our readers? Can’t really tell them to just buy tickets, since you’re sold out.

Marcia: They just released some tickets I think! But mostly it’s sold out.

I think it’s a very worthwhile effort in experimentation where Singapore theatre is concerned. So people could really come and watch it, if there are tickets left!