There's a few cool bits of my interview with NADA that didn't quite fit into the flow of my previous article, so I'm adding them in for your reading pleasure!

NYS: How did foreign audiences react to your performances? You performed with Inside Out in four cities, is that right?

SJ: I realised music is really fucking universal. People dance and have a good time.

RP: In New York, people were curious about the [Malay] language. They had never heard the language.

[A digression ensues about the absence of a large Indonesian/Malay diaspora.]

NYS: When it comes to Malay music, I'm more familiar with the image of the mat rocker...

SK: To me it’s like when the actual Mat Rock thing came, it’s the second wave of globalization already. Pop yeh yeh was yellow culture [i.e. the dangerous pop culture the government was trying to wipe out in the 1970s]. It's our history. And enough time has passed for us to start reclaiming it. 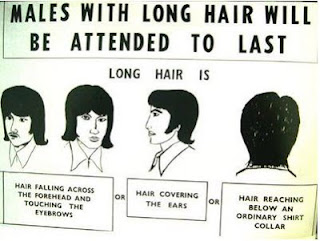 RP: I think our generation is stuck in between. Millennials don’t get it, what was it like back in the ‘80s, the early ‘90s.

SJ: This is just a personal observation, but younger people now don’t have a sense of history. It’s like, they are the generation who really have no choice but to really eat up the post-‘65 narrative wholesale. Because it’s like when we were growing up, we still hear stories from grandparents that provide the other side of history as compared to the textbooks. This generation, at most they have the grandparents stories.

SJ: The magic of oral history…

RP: I think 90s eere a tranisiton period to the millennials. Because in the 2000s, things started to change.

SJ: When we had cable Internet, everything was fast.

[I began talking about how it's important for English language bands to recognise that there's a history of Chinese and Malay music here, just as English theatremakers and writers should recognise our Chinese/Malay/Tamil literary and dramatic heritage that's being lost]

SJ: But I think it’s always problematic if you box it up that way. Because of that you won’t have this perspective of how things grow as a whole.

NYS: But it's very easy for English speakers to forget our non-English heritage.

SJ: I think it’s still the same, post-'65, back to the proper English music. Then in the '80s you have the very cheesy Dick Lee albums, they are still trying to have this create this definitive Singapore identity, but pushing it a bit too much. Become a cliché.

NYS: But was it a cliché when it came out? Or did our constant reference to it—because it was relevant—transform it into a cliché?

SJ: That’s a good question. When it was out, was it a cliché? But when we tried to revive the English music scene. It’s like we are trying to create this definitive Singapore identity, but not trying to have a sincere relation with your music.

NYS: On the other hand, do we even have a Dick Lee now?

RP: Now we don’t have the Siva Choys, the Dick Lees. Akeem Jahat. Akeem is the only one. The stuff he writes is so sincere and honest. He’s so good. The boy has it.

NYS: But how come?

SJ: Because at this day and age, it’s so trend-based. People are propelled by trend-based things. Especially when it comes to music. I think it’s a symptom of a greater, bigger issue. As much as we’re being nostalgic, do we have a history long enough in terms of like, something more honest and sincere which we can call "Sounds of Singapore"? It’s a question I’m still asking myself.

But I know basically like what the neighbours envy of us is that the amount of electronic musicians we have in Singapore.

NYS: How did that happen?

RP: You can create an album.