Setting up a Constellation of Films for Dialogue, By Tan Bee Thiam

This is an essay that appeared in the program for The O.P.E.N. Week One Catalogue, and was also shared by the Asian Film Archive on its Facebook page. For information and posterity, we're also archiving it on this blog.

Most people tend to view film festivals in terms of national cinema. But what other ways are there of looking at a film programme?

As part of the pre-festival to engage audiences, our focus has always been about expanding the space for dialogue. When curating the O.P.E.N Film, I started by pairing up films and filmmakers, as if for a board game of Go. Audiences can observe the different strategies of the filmmakers in tackling similar issues, and appreciate how the films compare and contrast with each another. The first pair of filmmakers that I set up is Pablo Larraín and Pedro Costa. Larraín’s trilogy of films dissects the legacy of Chilean dictator Augusto Pinochet. Set in the ’70s and ’80s, the films are stories of anti-heroes: a brute obsessed with John Travolta’s character in Saturday Night Fever; a mortician in love with a cabaret dancer while dead bodies from the military coup pile up in the mortuary; a brash advertising executive who mounts an audaciously upbeat campaign to sell democracy to Chileans. The final part of the trilogy, No, won the top prize in the Cannes Directors' Fortnight section.

Larraín’s work parallels Pedro Costa’s masterful quartet of films documenting the lives of immigrants haunted by the failed promise of the Carnation Revolution, which overthrew Portugal’s dictatorship and led to the withdrawal of Portugal from its African colonies in the ’70s. Filmed like an existential ghost story in Caravaggesque tableaux, Costa’s latest film, Horse Money, shadows Ventura as he wanders the passageways of a hospital, recalling a past that is trapped in the deep recesses of his mind. This astonishing work won the Best Director prize at Locarno in 2014. 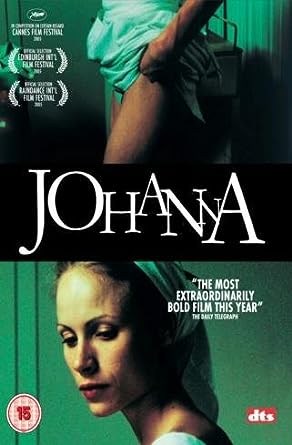 The second film couplet is Kornél Mundruczó’s opera film adaptation and Myroslav Slaboshpytskiy’s realist silent film. Mundruczó’s Johanna follows a female drug addict who becomes a nurse. A postmodern interpretation of the Joan of Arc story, Johanna soon realises she can cure other patients when she has sex with them. Whereas Johanna is baroque and dizzying, The Tribe is a silent, nightmarish ballet. Hailed by Film Comment as “the most surprising, most inventive, and in many ways most disturbing film” at Cannes last year, The Tribe is filmed completely in sign language. Performed by an ensemble cast of non-professional deaf actors, the film is set in a boarding school where crime, prostitution and disinhabited sex are commonplace.

Aleksei German Jr.’s dystopian sci-fi drama, Under Electric Clouds (Silver Bear winner at the 2015 Berlinale), is a visually stunning work about the spiritual state of a country caught between a ruined past and an elusive future. In João Pedro Rodrigues and João Rui Guerra da Mata’s genre-shifting The Last Time I Saw Macao, a filmmaker returns to his birthplace to look for an old friend he fears has been kidnapped. Intimate and mysterious, the film unravels like a wonderful puzzle of one’s personal memories, a city’s post-colonial history and a film’s cinematic possibilities. We are also presenting the debut documentaries of young filmmakers today, as they look back at the past. How do they make sense of what they have inherited? In A German Youth, Périot relies entirely on archival footage to piece together a collage of Germany’s disillusioned post-war generation, particularly those who founded the Red Army Faction and Baader-Meinhof Group. Tollenaere’s Battles (winner of the Critic’s Prize at the International Film Festival of Rotterdam this year) is an idiosyncratic examination of the traces of recent wars that remain in the present landscapes of Belgium, Russia, Albania and Latvia.

Joshua Oppenheimer’s award-winning double bill investigates the legacy of the 1960s Indonesian genocide from the point of view of the perpetrator (The Act Of Killing) and the victim (The Look Of Silence). The Look Of Silence won the Grand Prix in Venice last year. Legendary filmmakers Errol Morris and Werner Herzog have hailed the films as some of the greatest and most powerful documentaries ever made. As the perpetrators are still in positions of power, many Indonesians who were involved in the films remain anonymous for fear of their own safety. 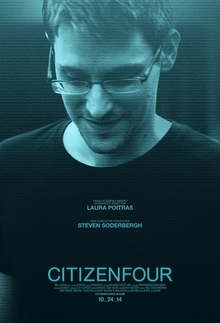 Finally, the programme invites audiences to look at our post-9/11 world from the perspectives of exiled whistleblower Edward Snowden and filmmaker Jafar Panahi, who is under house arrest in Iran. Centred around her interview of Snowden in his hotel room in Hong Kong, Laura Poitras’ Oscar-winning documentary, Citizenfour, exposes the pervasive global surveillance undertaken by the National Security Agency in America, like an Orwellian nightmare come true. Elsewhere, in the totalitarian regime of Iran, a filmmaker banned by the state from making a film for 20 years shoots a non-film, mainly in the confines of his apartment, and smuggles it to Cannes in a birthday cake. Playful, philosophical and inspiring, Panahi and Mojtaba Mirtahmasb’s This Is Not

A Film asks the audience to consider what cinema is and can be with an act of courage and conviction. Maybe that is where our future lies.
The above is just one way of looking at the O.P.E.N Film. The programme of fourteen films is like a constellation that can be configured in multiple ways for audiences to connect to and with the various ideas of Post-Empires, the central theme for this year’s Singapore International Festival of Arts.
We invite you to make out other possibilities of dialogue in this constellation of films.