I know everyone's freaking out over Brexit now—another wave of fear and terror and "potentiality", which means whatever you wish it to mean—but I want to take a moment to process the strangeness of MDA's decision to censor images of female Kurdish soldiers fighting ISIS.

First off: I don't think it's rational. Why censor photos that have already been published? Why censor something so petty in a major arts event directed by a man who's been pointedly against censorship since the 1980s? You know it'll only blow up in the press. (Read up on the Streisand effect if you haven't heard about this already.)

Second, this is a rare situation. MDA often censors work for offending religious sensibilities, racial sensitivites, political sensitivities, and LGBT content. This time round, we have a sympathetic photo of an Iranian trans sex worker and a topless photo of an Iraqi sex worker holding up a Saddam Hussein icon. Those were permitted (although they did earn the exhibit and M-18 rating).

So why were the Kurdish soldiers censored? Probably not because MDA loves ISIS (what a ridiculous idea, I can't imagine why anyone would think it).

Instead, one of my friends thinks it's because of geopolitics:

So are we censoring ourselves, not because of our own country's sensitivities, but because of those of another country? That'd be unusual, but not unprecedented. I can only think of two occasions in the past where the authorities have censored art because our allies might get butt-hurt:

1) All the way back in 1972, when the Equator Art Society held an anti-Vietnam War art exhibition and got shut down by the authorities for defying our American allies.

2) In 2002, when we banned the comedy film Zoolander because it featured a plot to assassinate the PM of Malaysia. 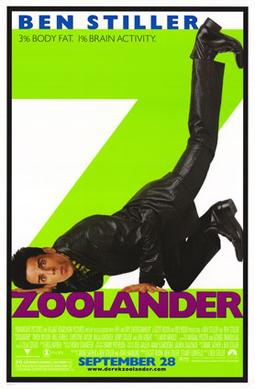 However, we don't have close dealings with Turkey, AFAIK. We don't have a substantial Turkish minority. The last major influential Turkish figure in Singapore I know of was Sultana Khadijah, wife of the Sultan of Johor in the 19th century. Whatever the reasons, I don't think we can blame the average MDA employee for this decision. I've interacted with these folks before—hell, I've worked for NAC approving grants—and a lot of what you have to deal with is directives from higher up.

Newsha's work and the whole of SIFA this year is about celebrating the potential of individuals to generate change.

But how much power can individuals have within our institutions?

Check out this space for the SIFA 2020 Festival Guide!

Check out this space for the SIFA 2020 Festival Guide!