The Arrival of Vasco da Gama, by Pushpamala N.

I’d wondered last week why the interior walls of 72-13 had been painted crimson red!

Turns out Keng Sen wanted to prep the setting for this exhibit:

Seems KS was swanning around Kochi Fort last year, on a little holiday after overseeing Santha Bhaskar’s Smriti Padha in Kerala, when he happened to see this work on show at the Biennale. And he’d thought he’d done all his programming for SIFA already, but this thing screamed POST-EMPIRES so loud, he knew he had to shove it in the schedule somehow.

The work is basically her recreation of an orientalist painting of the European “discoverer” of a sea route to India, meeting with the Zamorin of Calicut in 1498. 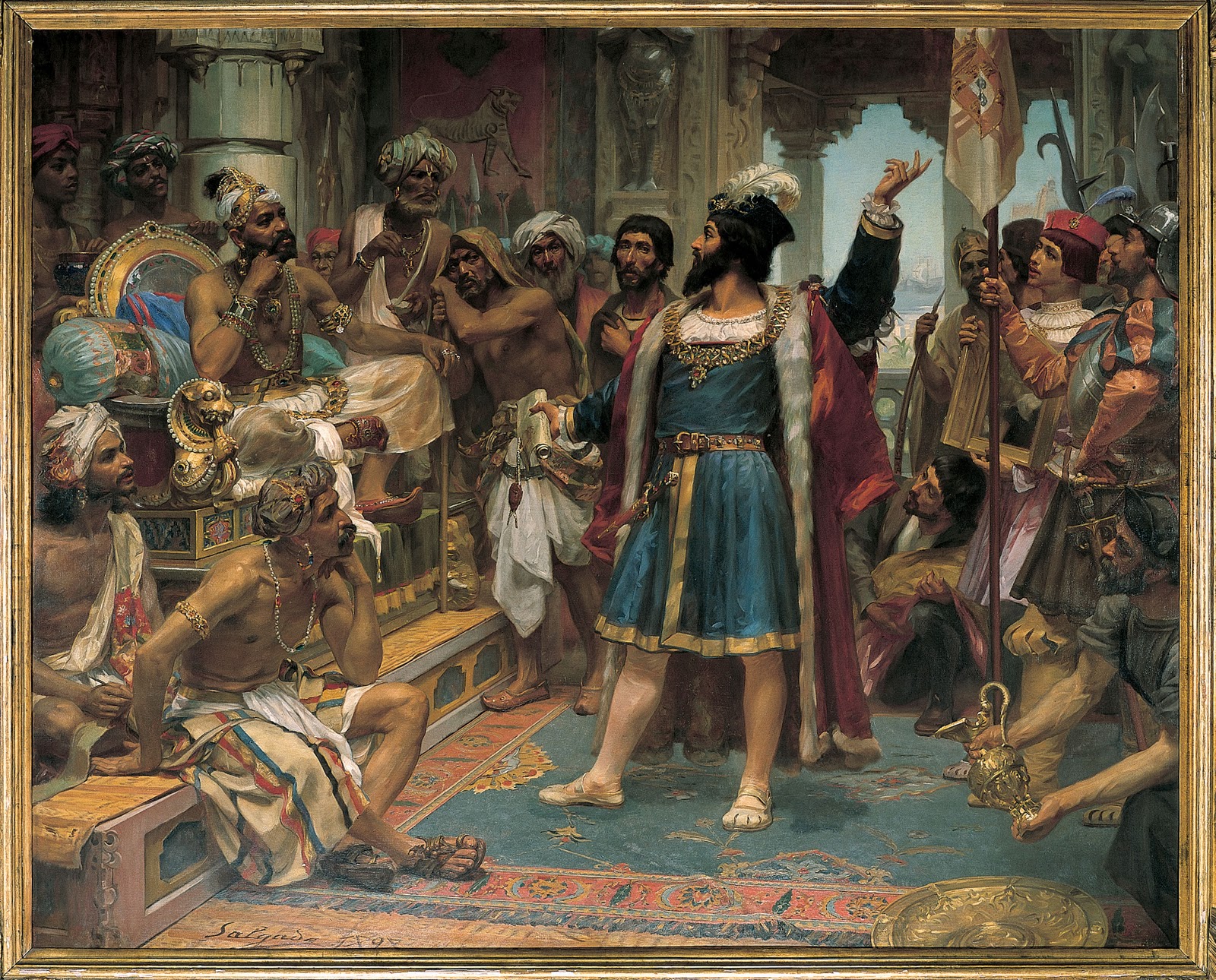 There’s a lot of documentation of and paraphernalia from the artwork on show as well. There’s photos of the wig-gluing session…

And even a backdrop, so you can do a Vasco shot yourself.

I don’t have a posse to complete the shot, sadly. Pushpamala got her friends to help her – she asked them not to shave their beards and cut their hair for a while, so they’d have just the right level of hirsuteness.

But really, the whole idea of the posse in the portrait is a fiction. While Veloso's image of da Gama is of a heroic European in the midst of the decadence of an Oriental despot's court, in fact he offered the Zamorin such poor gifts that he was kept waiting for days before being granted an audience.

Here's some extra info on da Gama’s appropriation of Asian knowledge for Europe:

- Europeans then relied on maps and charts and were ignorant of navigating uncharted seas.

- The Kerala School of Mathematics and Astronomy in Cochin had created the most accurate calendar and trigonometric calculations needed for navigation in the 15th century.

- In the 16th century Jesuit scholars in Cochin translated the key texts of Cochin and sent them over to Portugal.

- The knowledge, not quite understood, was appropriated by European mathematicians and astronomers and its 'pagan' origins hidden.

Though Da Gama isn’t remembered here as much as, say, Columbus or Raffles, he’s a foundational figure in the history of European exploitation and colonisation of Asia. So it’s pretty cool to be able to use him as a point of departure for thinking about our past.